Castellón is a city in the Valencian Community, located among the most beautiful places in the Mediterranean: the Costa del Azahar. The city has the great privilege of being close to the best paradisiacal places, and at the same time, has an affordable lifestyle.

Castellón is a small city, with everything at hand. One could almost say that the entire city can be explored on foot in an hour. In general, the use of cars is not very frequent, so one of the advantages of living in Castellón is that it is a quiet city to walk, go to work and carry out daily tasks with ease and without the burdens of bigger cities.

If you want to enjoy a maritime city, quiet, with a good climate and where everything is easy and cheap, Castellón can be a great opportunity.

If Castellón stands out for something, it is because, despite having luxurious and privileged places in its surroundings, such as Benicásim or Peñíscola, the capital is one of the cheapest Spanish cities to live in, the seventh in the ranking of real estate and consumer portals. In fact, and as an anecdote, it has been confirmed that the cheapest neighbourhood in Spain is La Guinea, precisely located in Castellón de la Plana.

This city enjoys a cheap standard of living in many aspects: public services, water, electricity, shopping, rental or purchase of housing, leisure, restaurants. Its spending per inhabitant is well below the usual average that it would spend in living any Spanish from other regions, contrasting powerfully with the tourist areas of absolute luxury that we can find in the area, at much higher prices by far.

One of the strengths of Castellón is the Jaume I University, in which the municipality has invested great efforts, with spectacular results, since it is one of the most prestigious universities and with the best facilities in our country. It attracts many students, nationals and foreigners, who speak of the UJI as a “city in itself”.

Germany, the United Kingdom and France are the countries that send tourists to Castellón in the Costa de Azahar. In addition to tourists, these countries, those with the greatest weight in the economy of the European Union, also send their retirees who settle in the province under the protection of good weather and tranquillity. It is precisely this group of foreigners that leans mostly along the coast, from Castellón capital to the north. Thus, there are eleven towns among which are the capital, Peñíscola, Vinaròs or Alcalà de Xivert and its coastal hamlet of Alcossebre, which focus the preferences of the groups of older Germans or British to fix their home after retiring. In fact, 8 out of 10 foreign retirees 65 years of age or older, are registered in the aforementioned locations.

Leisure under the Sun

As the capital city of Costa del Azahar, the city enjoys all the tranquillity of the world, with all the services at hand and very nice areas to walk, such as the Grau promenade. In addition, being a “flat” city it is very easy to navigate it effortlessly. Also noteworthy is the “Bici Cas” service that the City Council launched, at considerably cheap prices, to explore the city by bicycle, and which works very well among residents.

You’ll have trouble finding restaurants that serve international meals. Instead, there’s an excellent range of restaurants serving mostly Spanish cuisine, from home cooking to “Michelin-rated”, sometimes reinterpreting and elevating typical Spanish cuisine. Being part of the community of a Spanish village or town in this friendly area, it’s easy to immerse yourself in the relaxed atmosphere of Spanish life, enjoy an unhurried lunch or take part in the many lively traditional fiestas that take place all year round. 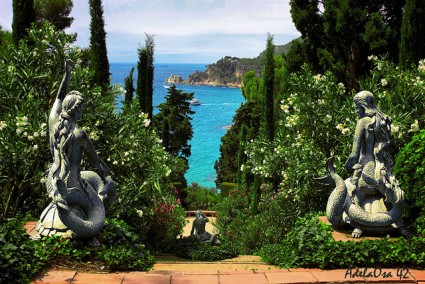