What is the Golden Visa Spain

The Spanish Golden Visa programme was established in September 2013, and it aims to encourage foreign investors outside the EU to invest in the country’s economic growth.

Under the programme, investors and their families must follow certain requirements and spend at least €500,000 in real estate, business, government bonds or bank deposits.

The primary advantage of the Spanish Golden Visa scheme is that the government law does not demand a minimum period of residence and the application process is simple and straightforward. The initial residency card is issued for one year (or two years if you visit Spain), which can be extended after a five year period, and then extended for another five years. You may apply for permanent citizenship after you have lived in the country for a minimum of five years.

Whilst it is not mandatory to live in Spain to obtain and renew the residence permit, the path to citizenship does require the applicant and family members to live in Spain for at least 6 months per year, during ten consecutive years. Applicants must also go to Spain twice a year, but can’t leave more than 6 months between visits. This allows investors to apply for Spanish citizenship.

How to obtain EU Residency?

In most cases, the Spanish Golden Visa is granted to anyone who owns real estate equal or superior to €500,000. The property can be rented for returns. Any number of properties can also combine to make up the €500,000 minimum investment.

Being granted citizenship and passport

Obtaining the Spanish passport allows visa-free travel to 187 countries and in turn, enables the applicant's right to study, work and live in any EU-member state.

After five years of living in Spain, investors can apply for permanent residency. Citizenship in Spain may be gained after ten years, but in order to apply, applicants must have lived for at least six months a year over that time.

Once applicants have their permanent residence or citizenship, they are able to dissolve the investment as golden visa renewals are no further required.

What are the advantages of the Golden Visa Spain?

Similarly to the Portuguese Golden Visa programme, the Spanish Golden Visa scheme has proved to be especially popular within applicants from China, Venezuela, Ecuador, Russia, Brazil and India. What's behind the programme’s success?

Upon acquiring a property equal to or greater than €500,000, you will automatically obtain a multiple-entry Spanish Golden Visa, which will be valid for one year.

During that year, the applicant must travel to Spain in order to apply for the two-year residence permit, provided that the investment is still in place.

If you’re not able to travel to Spain, you can request the After Sales service that is aimed to be your eyes on the field whenever you are away. After Sales operates as a local assistant taking care of your investment, to both increase your annual yield and protect your investment.
2

Golden Visa Spain applicants should submit the following documents both for the initial application and for each renewal.

Note: all the documents must be translated in Spanish by a certified translator and apostilled.

After filing the Golden Visa application, non-EU residents usually obtain their NIE application along with their Spanish residence permit.

NIE (Número de Identificación de Extranjero) is the Foreigner's Identification Number, or the tax identification number. The number is mainly used for tax payment, official purchases, and other legal or official activities. It is used in all financial transactions that involve the Spanish tax office.

Could not have asked for a better team. Very happy, satisfied and glad we've done business together.

David comes across as a very knowledgeable and very understanding with clients needs. His professionalism is well demonstrated in the way he tailored the options for us based on our requirements. Very happy!

Very helpful and friendly. A hugely knowledgeable specialist in the field.

Want to know how much Spanish residency permit by investment programme is going to cost? Simply fill in the details according to your requirements to receive a more accurate quote. Once you have submitted your information, we will be in touch to discuss your needs further. 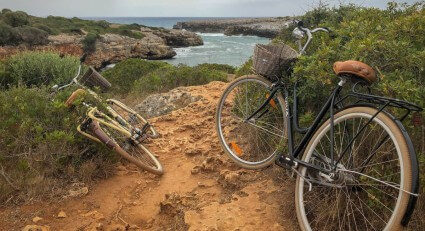 The bicycle, considered a first means of transportation dating back to 1817, and even a staple…
08
Nov 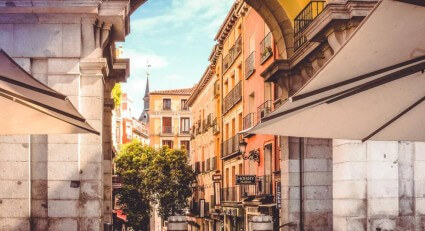 Travel restrictions in a time of pandemic didn't ruin people's desire to travel abroad, in…
25
Oct 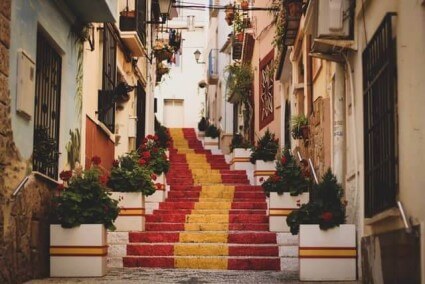 A Spanish Getaway - Part IWhen you think of a European holiday, do you think of Spain? I would! A…
Notícias Anteriores