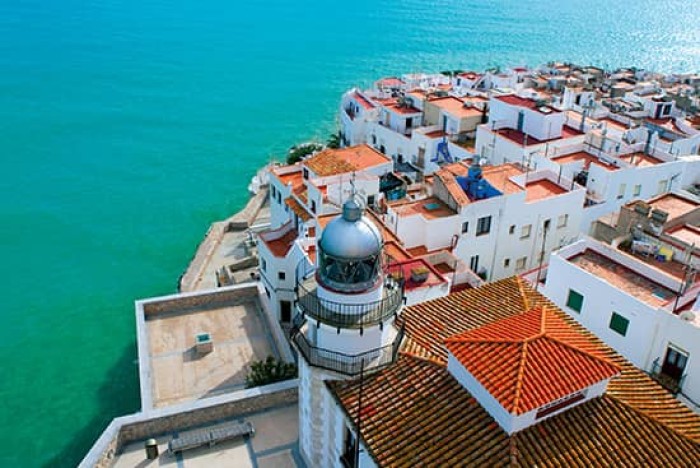 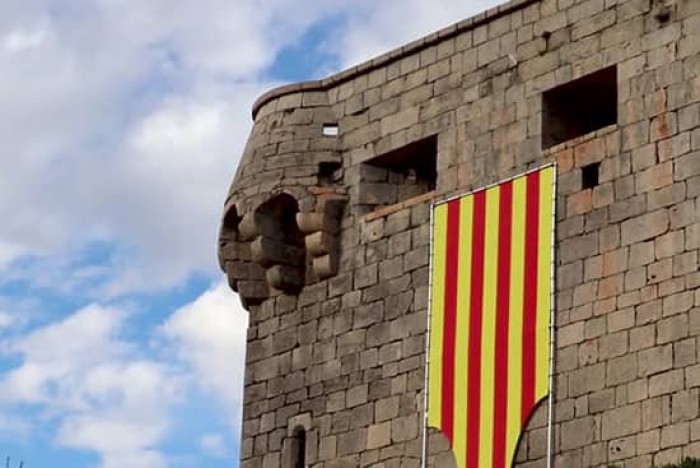 Costa del Azahar may be the perfect place to call hogar dulce hogar - the “orange blossom coast” picturesque coastline to be utterly adored!

Originally named as described above, the “orange blossom coast” due to its vast number of local orange and lemon groves in the Castellon province. Costa Azahar has a 115 km long coastline, with rugged mountain drops, nature parks, and pristine beaches that are along from Costa Azahar to the south of Costa Blanca where you can indulge beach sights of Benicassim, Castellon-Grao, Alcossebre, Peninsula, Oropesa, Torreblanca, Benicarlo y Vinaros.

Learn more about the best sun-soaking beaches in Spain at our Seas a day article highlight.

Costa Azahar is known for its landscape, amazing outdoor escapes fit for a nature lover, and fellow explorer. Plenty of activities to be enjoyed, everything from sailing, water skiing, mountain climbing, hiking, and more! Costa Azahar will definitely keep you entertained with its natural surroundings.

The largest city on Costa Azahar will be Valencia, a dynamic city filled with attractions, commerce and considered a dynamic city for its prominent focus on Arts and Science. There are many coastal towns to visit, with historic sights from the 10th century such as the Castell de Morella.

Things To do in Costa del Azahar 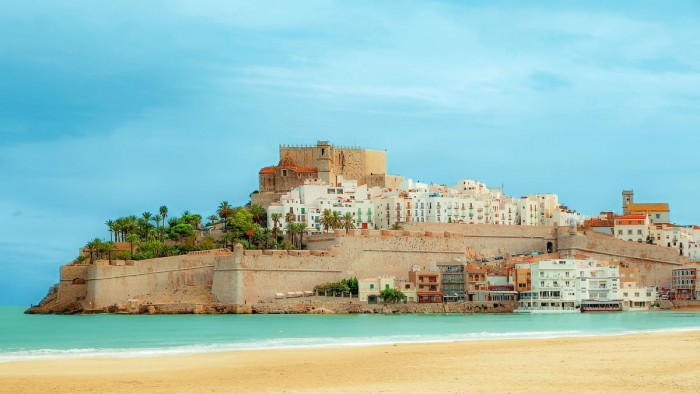 The current castle form is essentially developed by the Templar Knights, who planned to develop a Peniscola centred kingdom. The castle was laid out around an inner ward, along with other Templar fortifications, and possessed a chapel.

The Castle 's basic Templar core remains intact; some changes were made by Antipope Benedict XIII to modify it in the early 15th century for use as a papal residence. The castle was involved in various military conflicts in the Kingdom of Aragon and later in the War of the Spanish Succession in the early 18th century, the Peninsula War and civil conflicts in the early 19th century, each of which in some way impacted the state of its defences. 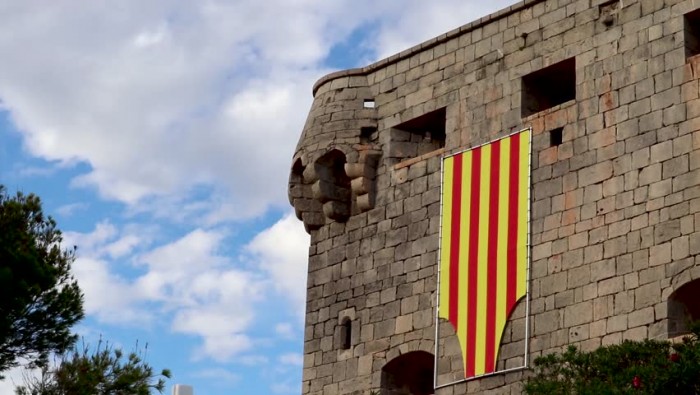 Tower of the King in Oropesa del Mar

The king of the Crown of Aragon, Fernando de Antequera, ordered the construction of this fortification in 1413 to defend the area against possible attacks by Saracens or by Berber pirates. The king considered that the presence of pirates along the coasts of Oropesa del Mar had transformed the coasts. In his own words, “Instead of men, they are inhabited by panthers; and instead of domestic birds, vultures and crows flutter."

Curiously, it was built with donations in brushes from the churches placed there for the purpose of building a human presence there and with private donations from the people of the Crown of Aragon, mainly from Valencia.

If you ponder this almost unique construction in the world, you will understand the sense of protection it has conveyed to the inhabitants of Oropesa del Mar and this has definitely led to the city's repopulation and prosperity. Its very presence definitely deterred many pirate attacks, which were so common at the time, and today gives you the opportunity to admire an unprecedented military construction.

Morella is a charismatic hilltop town, built mostly inside its medieval castle’s walls. Inside these walls, you’ll find yourself immersed in a maze of narrow streets, alleyways and steep steps, which form part of one of the oldest inhabited towns in Spain.

If you chose to live Morella, the Basilica de Santa Maria Mayor is a must-see landmark. A church built in the Gothic architectural style, boasting two elaborate sculpted doorways and a unique raised choir that can only be accessed by an intricate spiral staircase. We also advise you to visit the Tiempo de Historia Museum, which outlines the town’s history. Finally, it’s inescapable to visit the castle, which overlooks the town from the respectful height of 1,072 metres above sea level. Built by the Moors in the 13th century on the side of earlier fortresses of Iberian and Roman origin, this castle has seen many battles throughout the centuries. 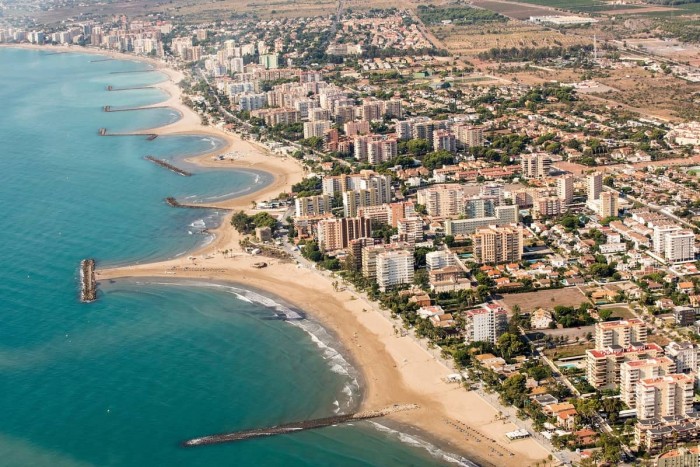 Benicassim is a town and beach resort and one of the highlights of Costa del Azahar. The name derives from the Banu Qasim tribe, a group of the Kutama Berbers who settled in the area during the Moorish conquest of Spain in the 8th century. Benicassim has 6 km of sandy beaches linked by a promenade. In this stretch of coast, the names of the five beaches are Voramar, Heliòpolis, Almadraba Beach (Benicasim-Benicàssim), Torreón, Almadraba and Els Terrers. The "Vía Verde" (green route) is a 5.5 km long cycling and walking path along the rugged coast between Benicassim and Oropesa del Mar resort towns. Inland, the Desert de les Palmes mountain range shelters the city from the north winds.

The Costa del Azahar is formed by motorways A-7 and AP-7 linking all of the major municipalities and linking them with Valencia in the south and Tarragona in the north. The N-340 passes along the parallel coast as well. From the inside, the A-3 coming from Madrid and the A-23 coming from Teruel and Zaragoza make it easily reachable.

The Costa del Azahar enjoys a mild climate, with warm dry summers and temperate winters. Ideal for all year visits.? The average yearly temperature is of around 22ºC, reaching a maximum average temperature of above 30ºC (86ºF) in July and August.

As the capital city of this region, with over 170 thousand habitants, Castellón de la Plana has two shopping centres. We advise going to La Salera for a more typical city centre type of shopping mall and to check out Puerto Azahar if you want to hit the stores while taking in the scenery too. Paseo Buenavista is a beautiful stretch dotted with shops offering everything from luxury high-end items to handmade souvenirs. Enjoy a glass of wine on the patio of a sunlit restaurant or mix with the crowds along the promenade.

The local cuisine, like most of Valencia, is largely based on fish and rice dishes. Specialities include locally caught prawns, sardines and anchovies, as well as the famous Paella and the Tombet del Maestrazgo, which is a delicious soup.

There is an excellent variety of restaurants serving mainly Spanish cuisine, from home cooking to “Michelin-rated”, often reinterpreting and elevating traditional Spanish cuisine. Being part of the community of a Spanish village or town in this friendly area, it is easy to immerse oneself in the relaxed atmosphere of Spanish life, enjoying an unhurried lunch, or participating in the many lively traditional fiestas that take place throughout the year.

The new Castellón-Costa Azahar Airport is designed to support large international jet flights and was completed in 2011.

Valencia Airport is about 70 km (43 mi) south whilst Alicante Airport is another 185 km (115 mi) further down the coast.

This area is full of graceful, lovely and magnificent beaches, each on its way, that will keep your hands busy while you get to know every one of them.

Some, but not all of those beaches are: Playa (beach) marina D’or, Playa Romana, Playa Moro, Playa Sant Antoni, Gandía, Malvarrosa, Almadrava, Serradal, Xeraco, Peñíscola, Benicarló, Alcossebre, Benicàssim and Vinaros, among many, many others. 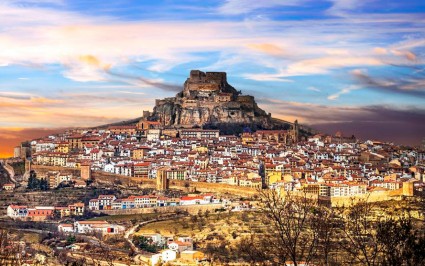 Castellón is a city in the Valencian Community, located among the most beautiful places in…
View All Spain News

Want to find out more about Costa del Azahar?