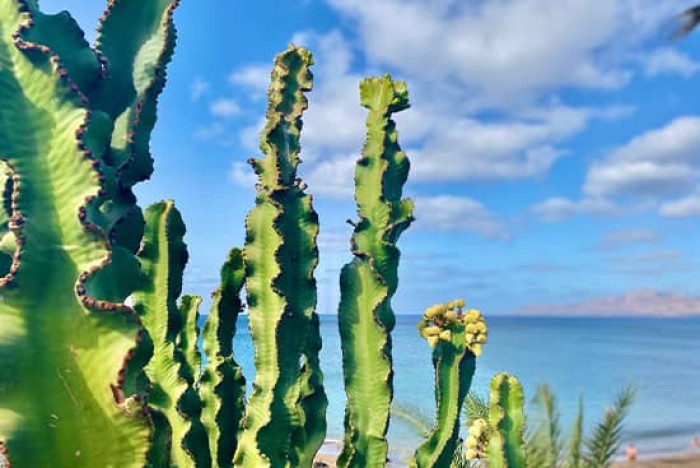 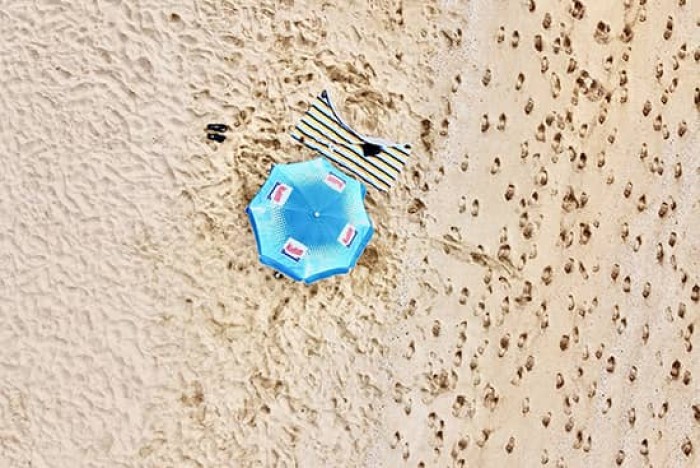 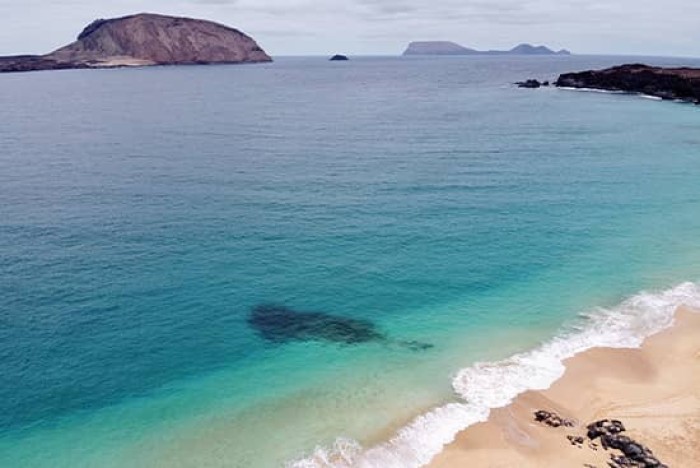 Really close to the Moroccan coast are the Canary Islands, an archipelago filled with the most stunning islands in the world, making each one of them an excellent place to spend the holidays and to invest in. Even though they seem far from Europe, the Spanish influence is immensely present on this autonomous community - it was in the past an important stop for big ships that would adventure on discovering the world and due to its geography served as a crossing bridge between Africa, Europe, and América. The biggest and best-known island is Tenerife and due to its importance in the archipelago, it is the area where the main Real Estate searches are made.

Things To do in Canary Islands

A handful of beaches just for you

Any of the islands have beaches that are mandatory when in the Canary Islands. Whatever island you choose, there is no way you will find a beach that doesn´t match your expectations. Starting on Tenerife, you have the Playa de las Teresitas, an artificial beach made out of the existing areas, and also the beach of Bollullo, very famous for its black sands and it is located in Puerto de la Cruz. In the island of Fuerteventura, there´s Playa Barca that is located in the municipality of Pajara and famous for its wide area and in the further island of El Hierro you can find the beach of Verodal with a wide coast and filled with volcanic surroundings. 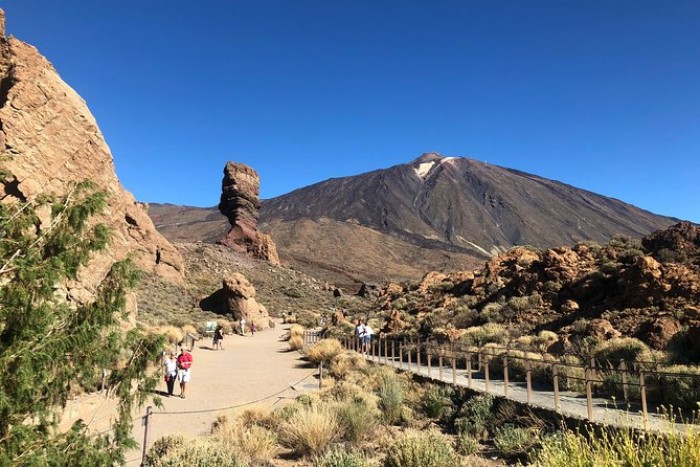 Discover the essence of nature in Teide National Park

This national park is home of the highest peak of Spain known - Mount Teide, an inactive volcano and considered to be one of the most voluminous in the world. The park is the biggest of the Canary Islands and it is the perfect place to witness the natural beauty of the island of Tenerife. In 2007, Mount Teide was declared by UNESCO as a World Heritage Site due to its diversity of landscapes. 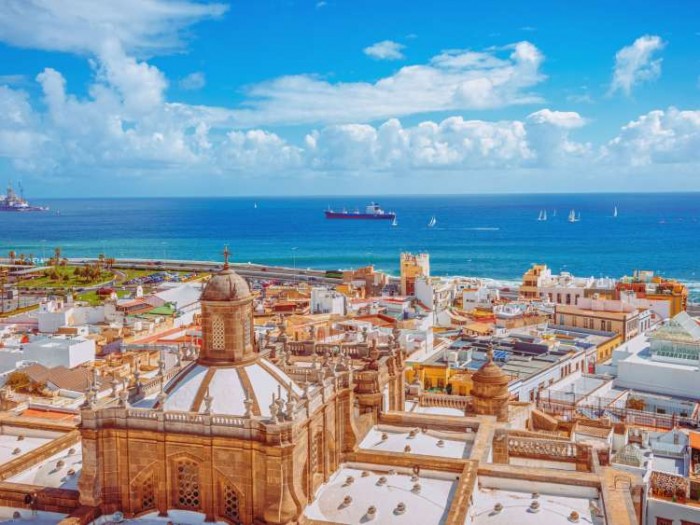 Visit Gran Canaria, one of the biggest Canary Islands

Las Palmas is the most important city of this island, as it has all the services that you need during your stay. The island is a great place to relax, especially in the very well rated spas such as Club Maspalomas Suites & Spa and Veintiuno. While at it, have fun at the sun in the most popular beach of Gran Canarias, Playa de Maspalomas. 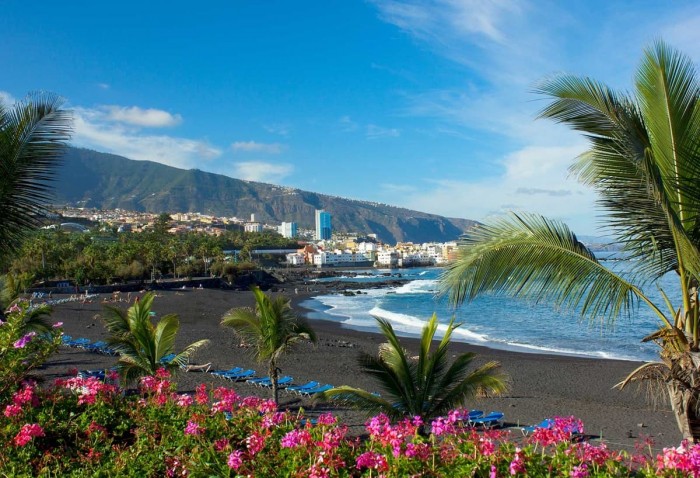 Be friends with the whales during a boat trip in Tenerife

Tenerife is the habitat of many whales and dolphins, making it the best place to spot them. There are many companies that offer boat trips with whale watching. It is perfectly safe and it's very recommended if you love animal life.

The Canary Islands benefit from the proximity to Northern Africa: they are located right up North the Tropic of Cancer in the Atlantic, with Summer being considerably hot during the months of July and August and even during the Winter the minimum temperatures only go down to 16ºC, although that value can variate particularly during nighttime. However, if you travel to the archipelago during Summer, you should count with sandstorms due to strong winds coming from the Sahara desert, although Las Palmas is the most affected island.

This archipelago does have rainy periods in some areas - they are more common in the Winter and also during November.

Any of the islands have beaches that are mandatory when in the Canary Islands. Whatever island you choose, there is no way you will find a beach that doesn´t match your expectations. Starting on Tenerife, you have the Playa de las Teresitas, an artificial beach made out of the existing areas, and also the beach of Bollullo, very famous for its black sands and it is located in Puerto de la Cruz. In the island of Fuerteventura, there´s Playa Barca that is located in the municipality of Pajara and famous for its wide area and in the further island of El Hierro you can find the beach of Verodal with a wide coast and filled with volcanic surroundings.

The best restaurants in Canary Islands are the ones that take advantage of the geography of the archipelago in order to combine the best flavours for the most refined palates. Each island offers unique gastronomic experiences in restaurants known in the entire world for its modern cuisines. The offers vary between the traditional cuisine and gourmet plates, so no need to worry about the lack of choices. It is our pleasure to present you some suggestions - you will notice that some of these restaurants have amazing locations, with stunning views towards the sea and with the mountains as background. The best appetizers, no doubt!

Just because the Canary Islands are far away from continental Spain does not make them unfashionable. Tenerife and Gran Canaria have the best amazing shopping malls in the Canary Islands and they are filled with the most luxurious brands. If you intend to spend a full day shopping, El Tablero and Mogan Mall have a very good selection of stores, they are the most popular among the surroundings of Gran Canaria. As for Tenerife, we invite you to visit Plaza del Duque Shopping Center and Centro Comercial Meridiano - they both have amazing locations, really close to the shore of the city. You can enjoy a wonderful sunset after a fulfilling day shopping!

It is possible to “jump” from island to island, even if it's not by plane. Ferries are very used both by locals and tourists. Services provided by companies such as Trasmediterrânea allow you to travel for average prizes, depending on the distance of the island you intend to reach. Other companies like Fred Olsen and Naviera Armas are also capable of taking you to anywhere you want in the archipelago.
Travelling around in some of the islands can be tricky, but once in Gran Canaria, you can count on Global bus lines to take you anywhere on the island, however, in islands such as El Hierro or La Gomera the options are very limited and it might be better for you to rent a car while exploring them. Despite that, some islands like Tenerife and Lanzarote offer good bus services, with lines that can take you almost anywhere.

The fastest way to get into one of them is definitely by plane. The prices for the airlines are pretty similar to the ferry services, also variating considering the distances and the airline you choose. Islas Airways and Binter have the best prices, especially if you order the tickets online.

Every island has an airport, making it possible to travel from island to island. The airport of Gran Canaria is located in the municipality of Los Moriscos and not only is it an important airport regarding the transportation of passengers, it is also very important in operations and cargo transport. This airport is commonly used to travel to destinations like Morocco, Cape Verde and to the Portuguese islands of Madeira and Azores.

Because of its size, the island of Tenerife has 2 airports, one in the South side, closer to the touristic center, and another in the North side, in the municipality of San Cristóbal de La Laguna, 10 km away by car from Santa Cruz. Both of them have enormous capacity, with most of its passengers coming from the UK and Germany.

In the island of Lanzarote you have the César Manrique-Lanzarote Airport, located in San Bartolomé municipality, which stays 5 km from the city of Arrecife. Like most of the island, the main concentration of passengers are from the UK and Germany. Ever since its inauguration back in 1946, the number of flight operations has been increasing, mostly due to the rise of tourism rates of the island.

If going to Fuerteventura, you will land at the airport located in El Matorral, a municipality that stays only 5 km away from the capital of the island Puerto del Rosario. It was primarily located in the municipality of Téfia but due to the increase of commercial flights it was moved to the present location. In 1994 a new terminal was built, allowing the airport to receive more than five million passengers per year.

When in La Gomera island, you must be prepared to travel some more after you land - the airport is located in the municipality of Alajeró, 34 km away from the capital San Sebastían. You can use the Autobuses Mesa services to travel to your chosen destination or if you prefer you can rent a car in the many stands available.

The La Palma airport is very close to the island's main city. Being only 8 km away from Santa Cruz de La Palma, this airport was built during the first years of the 50's and most of its operations are nationwide. Nevertheless, there are plenty of passengers coming from the UK, Germany and the Netherlands.

The municipality of Valverde hosts the airport of the island of El Hierro and it was inaugurated in 1972. It's the furthest island of the archipelago, reason why the airport was such an important investment. The main traffic comes from domestic lines. 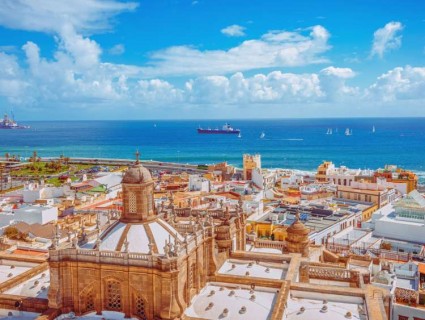 Investing in the Canary…

We know that looking for the perfect property is a task that takes a lot of time, especially…
View All Spain News

Want to find out more about Canary Islands?